Have you ever been told by a medical professional or a counselor that you’d have to manage your symptoms for the rest of your life? Many people encounter this situation, and it may bring a sense of hopelessness or dread. Charlsie encountered this scenario when she sought help for an eating disorder, yet she knew in her heart that God had a better way. Through the Biblical insights she learned at the For My Life® Retreat, God gave her the keys to recovery from the eating disorder.

Charlsie shared her beautiful testimony of the power of reconciliation to the love of God. As He helped her tear down the strongholds that had kept her in bondage, healing came. But not just healing from the eating disorder, she received a treasure of far greater value that will bless her and help her for the rest of her life. 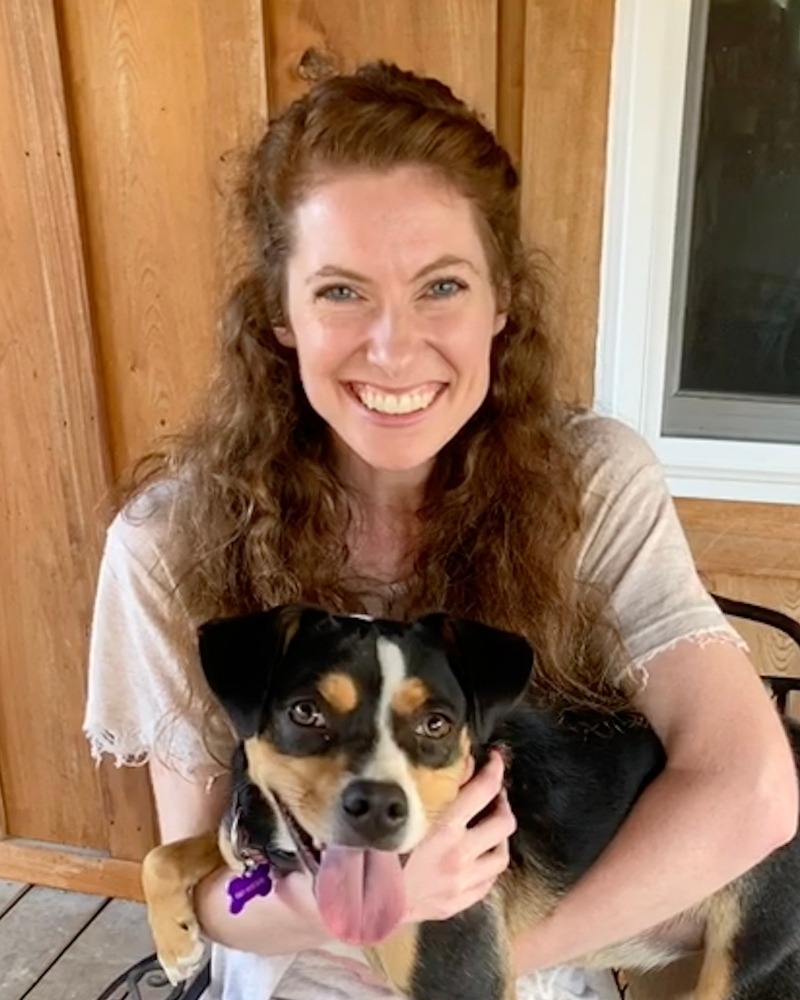 As a small child, I had terrible allergies and sinus infections regularly. I got extensive allergy tests in an effort to understand the reason for my frequent sinus infections. After I was tested, the doctors and nurses were amazed by the number of plant and weed allergies the tests revealed. From that time on, I had to take at least two allergy pills a day, and I also got weekly allergy shots for a few years.

I attended the For My Life Retreat at Be in Health for the first time when I was 18. I was raised in a Christian home and grew up in the church, but I had never heard anything like what I learned at Be in Health. It was difficult at first to accept that evil spirits existed and could influence my thoughts. Nevertheless, I knew that I struggled with fear daily, so I acknowledged that there was a spirit of fear operating in my life. Specifically, I learned that allergies could be rooted in fear of abandonment. I repented for that fear and believed that God was with me and He would never leave me, even if other people did. As I walked in my new freedom, I was healed of allergies and acid reflux that year. That was more than eleven years ago, and I haven’t taken allergy medicine since then.

Seeking help for an eating disorder

God wasn’t done with me yet. While I was at college, I struggled with an eating disorder for two years. I lived in a high level of anxiety and isolation at that time; making plans to avoid food so consumed my thoughts that I could hardly hold a conversation with anyone. I had always been a ‘social butterfly,’ but I began dreading social events that I once enjoyed because I knew there would be food and people would ask me why I wasn’t eating.

I wanted desperately to be delivered from this stronghold, so I finally confessed to a few people close to me, including my mom. A Christian counselor told me that I could learn to manage the disorder and that I didn’t have to gain weight. Even in that dark time, I felt like that was the wrong advice. I wanted to be free from the eating disorder, not manage it!

My mom and I turned to Be in Health’s teachings once again. That summer, while we were attending the For My Life Retreat, I felt God speak directly to my heart for the first time. I asked Him for a way out of the eating disorder, and He gently showed me the lies I was believing about myself and answered, “Who told you that?” This one response opened the door to my freedom. I realized those lies about myself that were coming from the enemy. Those weren’t my thoughts!

I realized that God accepts me apart from my physical appearance and that I did not have to look or act perfect to earn His love or approval. I did not have to meet or maintain the worlds’ or my own standards when I had already met God’s.

A taste of freedom

On our journey back to Mississippi, my mom and I passed a roadside peach stand where they also sold ice cream. I ate that peach ice cream and truly enjoyed it for the first time in what felt like forever! A couple of days before, I would have been terrified to eat it and would have come up with an excuse to avoid it. Eating an ice cream cone may seem insignificant, but for me, it was a symbol of freedom. I was free to enjoy fellowship with my mom rather than withdraw into isolation.

Before learning and understanding the Biblical principles that Be in Health emphasizes, I often felt like a victim of my circumstances. I lived in a perpetual state of defeat rather than seeing myself as an overcomer who trusts God for true victory over every stronghold.

New hope and strength in God 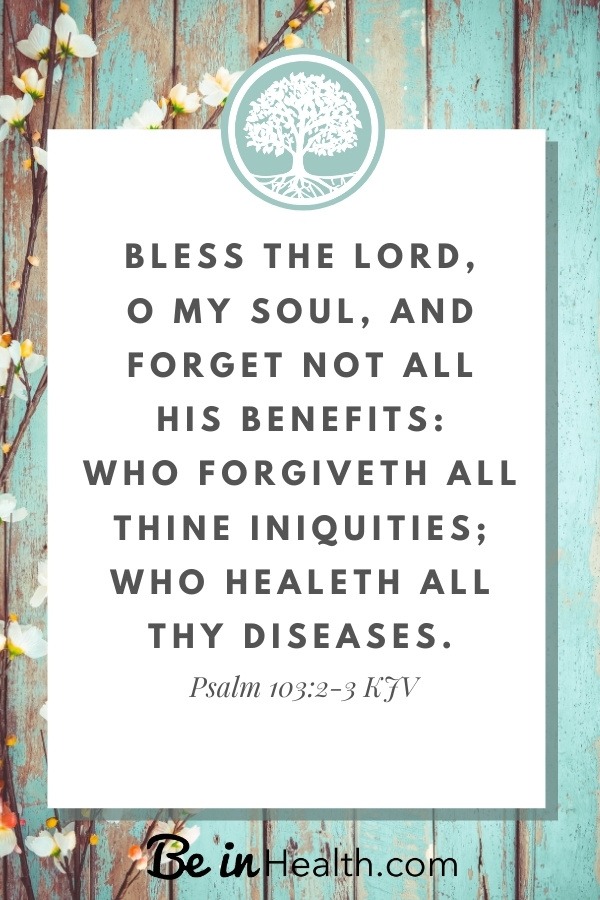 Now, if I have a symptom of a health issue rise up, I don’t assume I’ll be stuck with it for the rest of my life. Instead, I ask God to show me what might be behind that symptom, trusting that He’ll show me the spiritual root issue if there is one. I also have confidence that He will help me come out of agreement with it and eliminate it from my life as He replaces it with the truth from His Word.

While having my health is an immense blessing, seeing God for who He truly is, is even better. Before going to Be in Health, I had such a twisted view of God, and the saddest part is, I didn’t realize it. I imagined that He was a distant, judgmental God who sat there waiting for me to mess up. Now I know that He is my loving Heavenly Father who welcomes me into His arms even when I do mess up.

Would you like to begin your journey to freedom too?

Be in Health® offers the For My Life® Retreat in person at our campus in Thomaston, Georgia, or online. This is an intensive healing retreat; however, it’s not just about being healed of physical illnesses; it’s about being restored to the love of God and receiving healing for your heart as well. With the solid Biblical foundation of the teachings, you will be equipped not just to be a survivor but to be an overcomer through a closer, deeper relationship with the whole Godhead: God the Father, God the Word who is Jesus Christ, and God the Holy Spirit.

We also present specific teachings that expose the enemy’s works in our lives so we can discern them, root them out, and defeat them by the power of the Holy Spirit and in Jesus’ name.

The enemy has all kinds of tactics to separate us from God’s love, love with others, and from being able to love and accept ourselves. It’s time for his games to end. It’s time to regain your position as a beloved son or daughter of God who has the loving support and the power of the Godhead on your side! It’s time to walk in victory; you don’t have to be a victim any longer!

Would you like to read more articles related to this topic?

Uncovering the Spiritual Roots of Disease

Pin this article now to save it for later and share it with others! 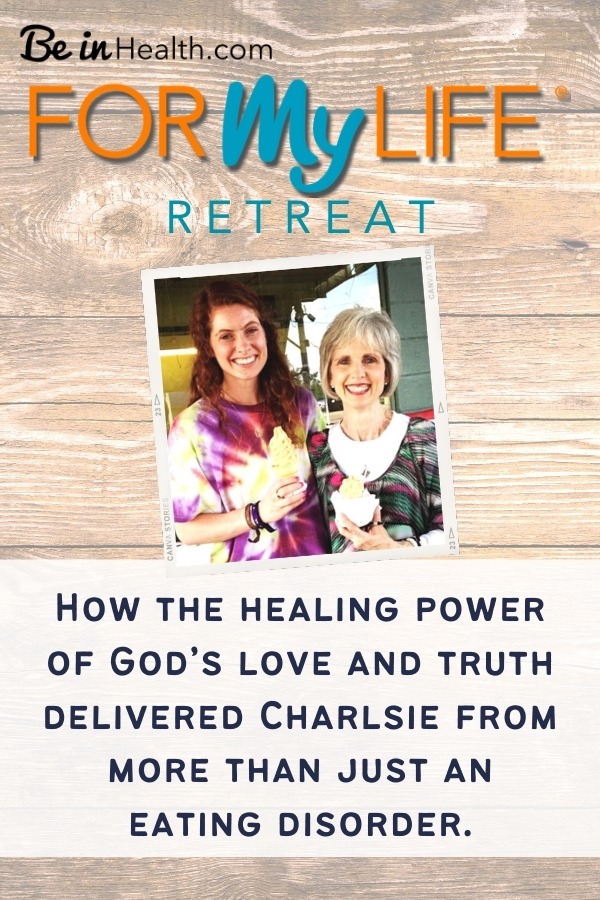 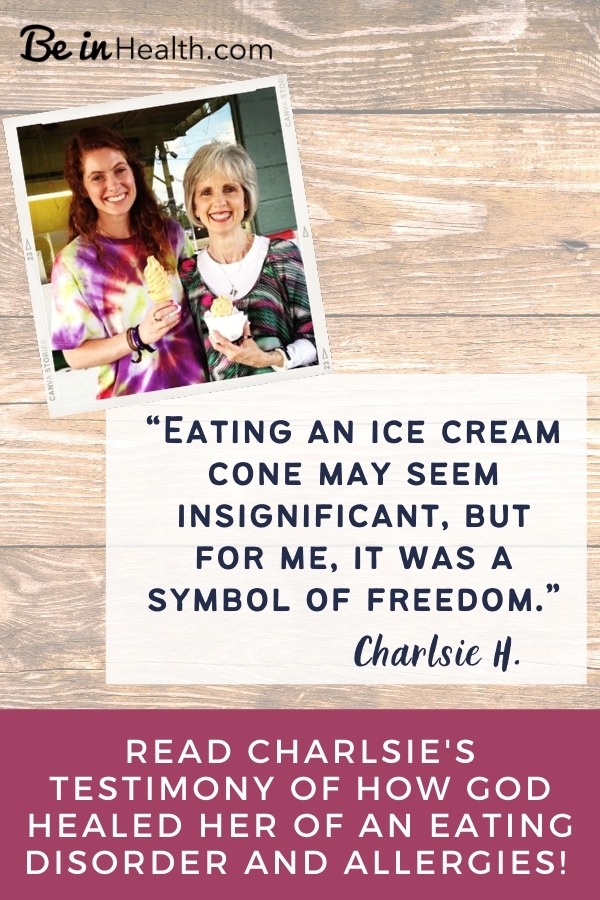