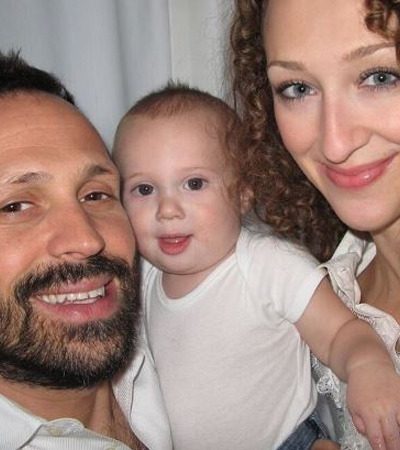 Six years ago in the Spring of 2009 I gave birth to my first child – a beautiful son named Judah.  God blessed me with an easy pregnancy, uncomplicated natural birth and healthy baby boy.  Everything was going great.

Suddenly, only 6 days into Judah’s life, I was struck with the most severe and rare form of postpartum depression, known as postpartum psychosis – an illness so serious that 1 of 20 sufferers commit suicide and 1 of 25 commit infanticide.  The torment I experienced seemed to come out of no where, and it was relentless from the moment it began.  Immediately, I was overcome with terrifying thoughts, feelings, images, voices and panic.  I was so riddled with fear, I became delusional at times.

My body instantly dysfunctioned with chronic total insomnia and a diagnosed gastroparesis (partial paralysis of my digestive system).  I did not sleep for 150 continuous days and was unable to digest or swallow food. My loving husband, Chris, fed me high calorie smoothies and stuck close by my side round the clock. I also developed tinnitus (ringing of the ears) so loud I often could not hear people across a table or even a nearby television.

On the morning of my very first Mother’s Day, I ended up in the ER, which began my treatment with medication.  All medication prescribed to me brought an additional level of torment.  Increasing the hopelessness and despair of my situation, I either had a paradoxical (opposite effect) or allergic response to every prescription.  I was placed on many different types and combinations of medications, but I only grew sicker and became intensely suicidal, wanting to die with every breath.

We sought help in 3 different states, as I spent time in 3 different mental hospitals.  We came under the care of doctors, specialists, therapists, psychiatrists, church pastors and leaders from all over – some well-known or deemed as “heavy hitters.” We tried everything: supplements, medications, hormone therapy, psychological and alternative therapies, as well as every kind of prayer, therapy and healing modality within the church.  I just grew sicker.

After several intense months, we worked closely with a physician, psychiatrist and therapist to slowly wean off all medications. I was relieved to no longer be experiencing painful side effects.  However, I was sicker than ever. I was left with 6 mental illness diagnoses (some considered permanent) and no medical treatment options.  Simply put: No man could fix this!

In August of 2009, God led us to Be in Health’s (BiH) For My Life Program.  My husband took a step of faith in his decision to take me and our baby down to Thomaston.  At that time I was at death’s door, under 24 hour vigilant care to prevent me from taking my life. Yet, we arrived to a safe place in the midst of a body of people equipped to love me while I was under extreme torment. It was hard for me to even stay inside the church building, and I tried running out in hope of taking my life, but strong love pursued me.  At last! We were in the right place with the real help and answers we had desperately longed for.

The BiH people understood why I was sick, and they had a roadmap for my healing.  They were able to lovingly separate me from the spirits at work in me.  We began to understand where sickness comes from, how to appropriate God’s healing and blessings, how the kingdom of darkness operates, where thoughts come from, and so much more.  We fell in love with and understood God’s Word in a way we never had before.  Within two weeks of attending For My Life, I was a changed woman.  I was in my right mind and no longer afraid!  All torment was gone!  I had peace, joy and hope.  I was full of life instead of death.  My spirit had been renewed.  Most importantly, I was able to fully embrace being a mom, caring for and loving the gift of my precious son. Our future was bright.  When we left Be in Health, I felt as if it was the first day of a new and beautiful life.  Upon my return home, all of those who had tirelessly fought with us were amazed and overjoyed to see me suddenly changed and set free.

If a woman survives postpartum psychosis, the reoccurrence rate is reported to be as high as 90% particularly for women not being treated with medication.

I have had two more babies with great joy and no mental illness!

Six years ago, we took what BiH has to offer, mixed it with our faith, patience, and humility and received healing.  I overcame postpartum psychosis.  Now I have 3 beautiful children and a fourth little one, due this coming Winter.  It’s unspeakable joy for my husband and I to victoriously bring new life into this world.  Thank You LORD! Thank you BiH! – Angelica Brown, Massachusetts