I Am In A State Of Changed From Glory To Glory! 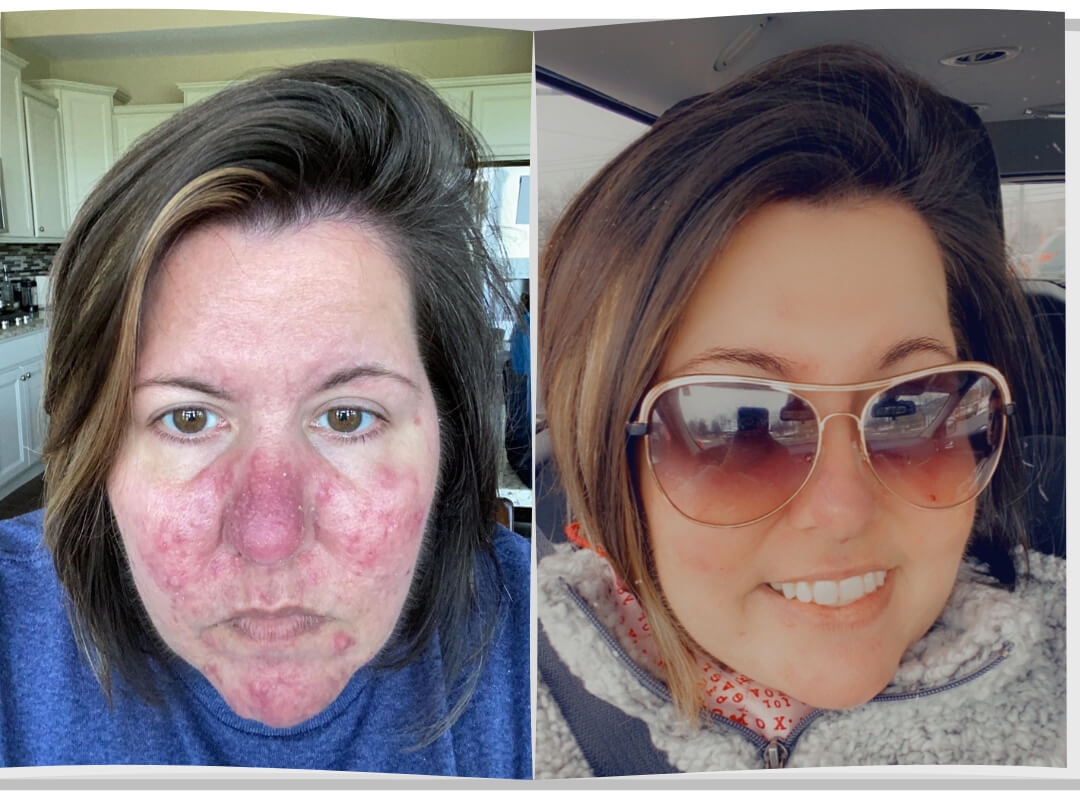 December 2019 A More Excellent Way showed up on my doorstep in one of the white and blue Amazon envelopes. To this day, I still do not know who sent it to me. However, once I picked it up, I could not put it down. At the time, I was in the darkest times of my life. Two years prior, my paternal grandfather was overmedicated by another family member and passed away. My mom passed away six months later; her youngest brother had died abruptly eight months later. My one remaining uncle had gotten so sick he nearly died of from diabetic ketoacidosis and was blessed that someone found him collapsed when they did. My family stopped speaking to me around this time because I didn’t want to turn my uncle over as a ward of the state.

During this time, I began to have tachycardia spells with a sudden onset no real explanation; I started having a lot of strange symptoms and had spent the greater part of the past ten years deep in the new age movement, but attended church regularly, believed in the healing power of God and even attended Christian College. The deeper I dived, the worse things got; coupled with what was going on in my life with family, I found myself cornered off in my bedroom rocking back and forth begging for mercy because the voices in my head were telling me every way I was going to die any second. My entire day revolved around death, depression, thoughts, and darkness I had never experienced. I had chronic health issues my entire life; however, I had never experienced things like this. At the same time, my hands, fingers, feet, and toes became so stiff and swollen with lumps on them I couldn’t move them, I could hardly walk or stand, the pain was excruciating. I had been told by a “healer” also a nurse that I had a heart problem, and I would drop dead at any given moment. I had a list of 100 conditions spoken over me by numerous doctors and new age practitioners that never really made any sense. Still, I found myself speaking these things over me and coming into agreement with them. I was told I had over 100 food allergies, so I was down to 4 or 5 foods that I ate regularly and was miserable, but I figured that was just how it was. My skin was covered in an autoimmune skin disease, and my face looked about the same, except it was acne rosacea. I basically had boils all over in the most uncomfortable places, including inside my ears.

The situation with my family was what really pushed me to the point I was at during my life. Now, not only was I experiencing these voices telling me this or that was going to happen, or don’t leave the house it’s not safe, I also had a broken spirit; this was caused by having several loved ones that passed on, and I had now lost my earthly father, my brother, nephew, his young children, and everything I had ever known. I was bitter and angry. I accused day and night, and I felt rejected not only by myself but by everyone I had ever known. I had a boatload of self-pity. I was deep into ungodly grief; Unloving, FEAR was my entire life. From the time I got out of bed, if I went to sleep because sometimes I was so scared to close my eyes for night terror, I would try and stay awake all night until my husband would wake up. I struggled with occultism on every level; after ten years of that being the end all be all answer, I had a lot of walking out to do. I had a lot of unforgiveness to address.

Needless to say, if it was in A More Excellent Way, I was dealing with it. As I read A More Excellent Way, I was still in a dark place, but everything made sense now; I saw the light. A few weeks after receiving the book, I called spiritual lifeline because I was suicidal. I had a bad Tachycardia spell two days before, and I didn’t know what to do. I honestly do not know who answered the phone that day and prayed for me, but with God’s help, they saved my life. The tachycardia stopped that day, and I began to heal. That person suggested I come to Be in Health. At the time, it wasn’t possible because I wouldn’t even leave my house, but they said God would make a way. Two days later, my dad called me and apologized for how he had acted and paid for me to do the online version of For My Life.

The first thing I walked out of was the tachycardia. I would sometimes panic around people, and I began to face my fear of man by taking pictures of seniors in caps and gowns four weeks in a row. Every time it rose up in me, I talked it down and cast it out. I saw a cardiologist and had tests; nothing was wrong with my heart. The following week I saw an allergist, and my blood work, including white cell count, was so normal I didn’t think it was my blood; my blood had been all over the place with a high white cell count for more than half my life. By the way, I had two allergies; I had walked out of the other 98. I eat a normal diet now, less the two I am still working on, and I have lost about 20 pounds eating more food and thanking God for every little morsel.

I went to the endocrinologist; I no longer have low thyroid. My pituitary is working great. My adrenals are no longer going crazy; I had a false high that was jokingly four times higher than any person would have. I kept my peace, retested, and it was all normal.

Psalm 73 I read daily for several weeks, which aided in walking out of the bitterness causing the pain in my hands and feet. “But it is good for me to draw near to God: I have put my trust in the Lord God, that I may declare all thy works.” Psalm 73:28. I also grew a new, very lovely set of toenails which are amazing!

Psalm 91 and Ephesians’ entire book have been the mainstay for me, especially Ephesians 6.

I was able to walk out of a large portion of my skin issues; although I am still working through just a little, the improvement is amazing. This is walking out of rebellion, conflict, and self-conflict. “For we wrestle not against flesh and blood, but against principalities, against powers, against the rulers of the darkness of this world, against spiritual wickedness in high places.” Eph 6:12

Agoraphobia, gone! One day, I was riding in the car very anxious, just as anytime I would leave the house, and my husband said something, and it just left me. The fear, the anxiety, the agoraphobia. Gone. Amen! I hadn’t driven in more than two years, so as I do most things that are trying to keep me stuck, I faced my fears and began driving. First with a passenger, and within three days, I was driving alone with God as my only passenger.

Most of my family still doesn’t speak, and I have grown to understand this discernment from God; however, my dad and I have a restored relationship. Also, with my stepdaughter and my mother-in-law, two that we just weren’t able to see each other with love. ” If it be possible, as much as lieth in you, live peaceably with all men.” Romans 12:18.

Most recently, I had my eyes checked, and I had optic nerve damage. I had been told I had pseudotumor cerebra or a brain tumor. Neither were found on a scan three years ago. When I went to the eye doctor at the beginning of February, the doctor said that my optic nerves had healed and whatever I was doing to keep doing it, because that doesn’t happen. I told her I just got into a deep relationship with God. She said, “sometimes that’s all it takes.” Her words were timely, and they were simple when humans make it complex. This seemed like words from the heavenly. That list of 100 syndromes and diseases I was told I had, zero zilch, I have none of them. As I sit writing this, the Novocain is wearing off from the first dental work I have had in three years because of fear. I am a work in progress and under construction, but I am moving forward by the grace of God and know who I am in Christ. My reminder is this, “I am not what I was, I am not what I shall be, I am in a state of change from Glory to Glory.” This hangs on my wall; I read it daily.