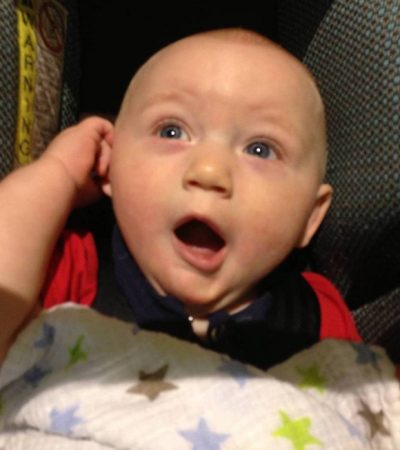 Kevin and Kelly brought home a healthy and happy baby boy from the hospital. Around 8 weeks into baby Nathan’s life, his skin began to turn dry, red, itchy, and began to crack and bleed. He was miserable all throughout the day and night, and his mom and dad became hopeless after trying everything from different lotions, baths, diets, and even prayer from pastors, family, and themselves.

As Kevin and Kelly sought the Lord and had a real revelation of the Father’s Love at a 3-day Be In Health conference, they began to repent for things in their own lives and received healing–Nathan’s skin began to heal. It was a process of healing that took a period of a few months of repenting and changing mindsets towards the Father, family, each other, Nathan, and themselves.  As this change in their hearts occurred, Nathan changed back into his fun-loving self and the happy personality he was born with returned.  Within 4 months of the conference, Nathan’s skin was completely healed as if it never was damaged.

Today Nathan is a well-spoken 3 year old; He takes authority over spirits of infirmity and fear in his life and tells the enemy to go, and that “I am a son of God by faith, leave me alone.”  Along with his parents, he prays over his body daily and has learned several scriptures to speak out over his body and life.