I Am Enough! – Healed Of Hemorrihoids 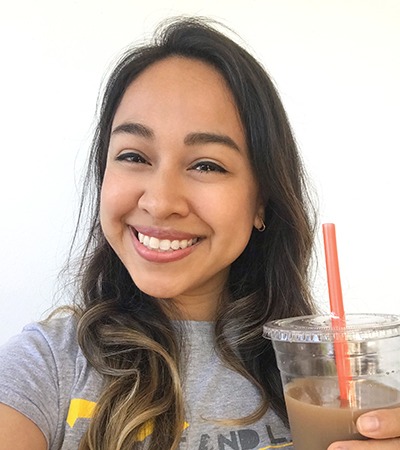 In March of this year, 2021, I asked the Lord wholeheartedly to know the root issue of my hemorrhoids.

For seven years, I was constantly suffering from excruciating pain and bleeding when going to the bathroom. I was so tired of suffering from inflammation of my digestive tract that would cause abdominal pain, fatigue, and moments later would affect my rectum.

The Lord led me “coincidentally” to a video on youtube from Be In Health® with Dr. Henry Wright. This video talked about autoimmune diseases. As they discussed why people get autoimmune diseases in the video, everything made so much sense. Once they got to the topic of Crohn’s Disease, I immediately was able to relate to the root of the problem which was a performance disorder, never feeling enough.

A few days before I found this video from Be in Health, I underwent an explant surgery. Surgery to remove my breast implants of 11 years that had been placed inside of my body from a place of not feeling “womanly enough,” “feminine enough,” “pretty enough,” or “beautiful enough.” Getting to the point of removing my breast implants took a whole year of preparation spiritually and mentally to know that I was truly made in the image and likeness of God. Meaning there was no mistake when the perfect creator made me! I knew that the feeling of not feeling enough in my own body came from a hurtful situation I had in a previous relationship. Those feelings came from not having the affirmation of my father and looking for it in men. I sought validation from what the world says beauty should look like for women.

But what I had never realized was that there were other areas that I did not feel enough. It was when I heard Be in Health’s video for the first time that the Holy Spirit took me back to the age of 25 years old when my hemorrhoids first began. The Holy Spirit was also able to show me other areas in my life that I had opened the door to this disease by not feeling enough year after year. It was an accumulation of things from the moment that I was born. I felt like the pressure on me, as a woman, was heavy.

As soon as I realized that I had opened the door for the enemy to come into my life by rejecting myself, I repented wholeheartedly in my room. I repented for all the times I had believed the lies of the enemy. I recognized that I had been allergic this whole time to myself! How could my own body and cells not respond the same way when I was giving it the full legal right by rejecting myself? Thankfully, I was able to get all this revelation through that one video. It changed my life!

It has been two whole months without pain, inflammation, and bleeding. Before, I was constantly going to the doctor to find help, and the only thing they would give me were suppositories. They would work for a while, and then eventually, they would come back more and more severely, causing tremendous pain and discomfort. My life around spicy food, caffeine, and dairy products was impossible. All of these items produced the veins in my rectum to get inflamed. No medicine, holistic doctor, medical doctor, or food could give me the cure.

It took people of God who believed what the bible says about diseases to provide me with the answer through that YouTube video. Today, I can drink many coffee cups a day and eat delicious spicy foods. I can also stop wasting money on doctor visits, medicine, and colonoscopy’s to see what is wrong with my intestines. What a waste of time and money I went through for seven years. I’m beyond thankful to God for having led me to that one video on youtube by Be in Health to cure what no one could do but only God.

For the first time, I understood why sometimes, as believers, we don’t get our healing even though we have all the faith in the world. Sometimes we have faith, but the problem is not the faith but the simple fact of God wanting to do a bigger work in us to heal us from the inside out. It is a healing that needs to go down to the root of the problem—a soul issue, as stated by Be in Health. I have now purchased the A More Excellent Way and Exposing the Spiritual Roots of Disease books (By Dr. Henry W. Wright). I never want to be ignorant again in this area because “I,” the church, am lacking knowledge in this area. Today I’m pain-free, healed, and feeling ENOUGH! How beautiful it is to know that God loves us, that we are wonderfully made, and we don’t have to do everything right. Not in my strength but his strength. I’M ENOUGH!