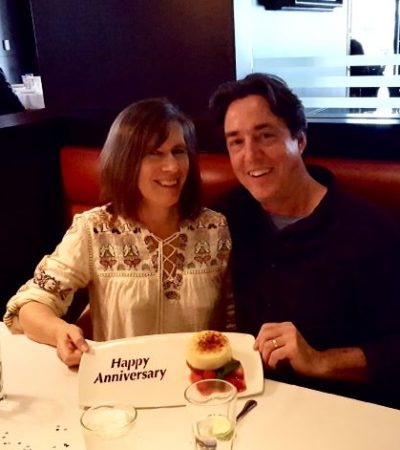 When we first came to the Married Couples Retreat we assumed it would be a nice thing to do, but didn’t believe it could open the doors to the areas in our lives that we had given up on. The areas that when broached just ended in the same old argument with no resolution.

What price are you willing to let your family pay as you watch your marriage decay? Sounds like a stark question, but one that became increasingly in focus as we attended the For My LifeTM and subsequently the Walk Out Workshop programs in Thomaston, GA. After the For My LifeTM program, we had some hope, and after the first Marriage Couples Retreat, we were able to begin bridging the gap of hurt feelings and unrealized dreams. We were then able to start letting each other off the hook of broken promises and unrealistic goals. We began seeing each other as God created us- sons and daughters of the most high God, betrothed to Christ and beloved from the moment we were conceived. We are part of His plan and purpose; not to destroy one another but to be as God created – to love and to live as He designed us and to take charge of our individual lives, yet be united in marriage.

Over several years as we applied the principles we learned in these classes to our lives, we could begin to see a glimpse of who we were as individuals in the Kingdom – working through our “stuff” daily. Nonetheless, extending that discernment to our relationships with others remained a challenge, particularly with the ones closest to us – our spouse.

We had been to other marriage programs prior to finding out about the Married Couples Retreat in Thomaston, GA. Although most were a good getaway or reason to spend some time together, we struggled to find any enduring principles that were applied to our marriage following these events.

After being married for more than 25 years, we had become functional roommates rather than intimate mates. In the spirit of avoiding conflict, some issues that were difficult to deal with were not addressed, walls were built and intimacy suffered.

Building is precept upon precept.

After the first Married Couples Retreat, we had huge breakthroughs and began communicating in a never-before way. After that, we brought other people to the Married Couples Retreat to try and help them in their walk. We discovered that even when it seems like it’s for someone else that God has something BIG just for you!

We continue now to attend the Married Couples Retreat each year as a “tune up” – a time for reflection and expecting God to bring BIG things every time. He does. -The Poyers