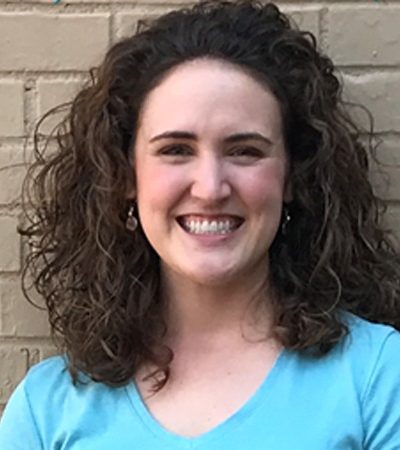 In August of 2016 I heard about Be in Health from a lady that goes to our church. She leads book studies and I had begun the Bitterness book after meeting with her. She shared how bitterness was the number one block to healing. One of my assignments from her was to start writing down things that I am thankful for. She was very clever because that was her way of getting me out of self-pity. It worked!

I had spent thousands of dollars for 12 years trying to get well on all sorts of alternative methods and expensive supplements. We were financially stretched because of all of the different things I was trying in order to be well. The devil was just stealing from us.

In October 2016, there was a BiH conference in Knoxville which my husband, Aaron, and I attended. That just opened it up even more because I had not read A More Excellent Way at the time. It helped us understand how different circumstances and challenges can impact different body parts.

It was there that they talked about the City of Refuge in November and December of 2016. At the time I had a strong desire to come to Thomaston, but I just didn’t see a way for that to happen because of the need for childcare for our son, Caleb, plus the expense of getting down to Georgia. When they told us that City of Refuge was only $25 I thought, “We could do this!”

At the Knoxville Conference Aaron bought the CDs on Overcoming Passivity and we listened to them together. He began to repent to me for his passivity. I repented for my part and God began to heal our marriage. That was definitely a huge turning point in the journey when God showed us the importance of Godly order. The Lord showed me that I also had to come into alignment, too. I felt safe again with my husband. That really helped me not fear rejection and feel that spirit of rejection any more.

During City of Refuge in November of 2016 the number one thing that I left with was that I just knew that my Father loved me. I just knew it. All doubt was gone. I knew His love for me.

When I returned home, relationships with others began to be restored. One of the things I had learned at City of Refuge is where there is disease, there is generally a breach with God, yourself or others. I started spending time with the Lord, getting out of self-pity. I just did it. I made the time with Him. As I did that my heart began to heal.

I was also very intentional about going to those people where there was a breach and made it right.

When I left City of Refuge, I had not had a regular menstrual cycle in 12 years on my own. I only experienced a cycle with medication including birth control. I had submitted to all sorts of tests, but the doctors were unable to determine the cause. One of the possible spiritual roots to this was a breach with a mother or other female. I recognized that with my mom. That was one of the first relationships that God restored. It was amazing.

I had actually forgiven my mom during City of Refuge. Then two weeks after I left, I began to have my cycle again. In fact, I had it twice in December.

I went to the doctor and said, “What is going on?”
He said that because I had not had one in so long that my body was just cleansing itself.

That was really how I felt. God was just cleansing me of all that uncleanness and shame. I had hope again. I had restored hope that I could be normal and I could have children which was a desire of my heart. I wanted more children.

It continued to be normal for six months. This was my new normal.

In the spring of 2017 my mom visited, she knew things were different. She saw I was more peaceful and joyful and we talked a lot!

We went to another conference in April 2017 in Knoxville. That was probably the first time where I was excited to be able to help someone else, too. That has been part of my journey as well. With Unloving, you have to get outside of yourself. I even started a Bible study at my church and that has been a huge part of my healing as well.

In April our 4 year old son, Caleb, began to really rebel, it was tormenting. However, one of the things I had learned in Godly order is that I needed to step back and trust God to speak to my husband. Aaron stepped up and Caleb calmed down and there was peace again. There was discipline in love.

In June, Aaron invited me to go to California with him for a business trip. I was supposed to start my cycle and I didn’t. My first thought was, no, this is not my new normal. So I took a pregnancy test. It was negative. Like a flood, self-pity and hope deferred was right there to taunt me. I was tempted to accuse God. The devil was giving me his best shot.

One of the things Aaron helped me to understand from his military background was when you come to a situation like this, you have to:

You have to do all three! That has helped me so much for I realized I was calling headquarters, but I wasn’t firing or calling for help.

Being vulnerable with others again in a really difficult time has been like a propeller. It has propelled my healing journey. We need each other. One of my friends spoke into my life. She encouraged me not to go into fear. She suggested that I wait until after it had been 40 days since your cycle should have started. Before that it may be too early to tell what is happening in your body.

I recognized I had to just completely trust God with this. I prayed and recovered myself within two hours as opposed to a week of wallowing in self-pity.

I went to California for a week believing the matter was settled. Then I returned home with Aaron following four days later. I waited for Aaron before I took another pregnancy test. He came home on a Friday night. Saturday morning when I woke up, I took the test and it was positive. I was so elated and crying tears of joy all day!!!

God has shown me layers. He didn’t show me everything all at once. This summer I was ready to address the next level, we returned to Thomaston as a family to attend For My Life and the Walk Out Workshop. We were also so excited to share with our BiH family that we are having another child this December.

We are so grateful for City of Refuge because it changed our lives and our generations. We will never be the same!