Walking In Freedom – Healed Of MCS/EI 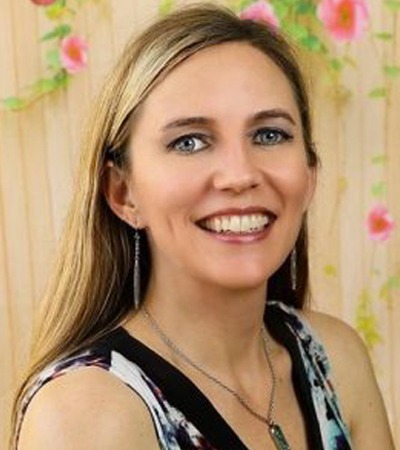 From late 2009 until I was healed in March 2019, I battled with debilitating symptoms. It began as extreme fatigue following meals, then tinnitus, dizziness, and swollen lymph nodes. After multiple visits to the ER and doctors, I was diagnosed with some food allergies.

This began a long journey of visiting various medical and eventually holistic health professionals, trying to find answers. Over time, I struggled more and more with chemical and food sensitivities, sensitivities to electromagnetic fields (EMFs), as well as hypothyroidism, candida, leaky gut syndrome, and fatigue symptoms.

I learned some health management tools like diets and supplements that helped a little, but I was unable to get to the root of the issue. After reading Dr. Henry Wright’s book, A More Excellent Way, I understood that these treatments were only interfering with the disease pathways, not fixing the root problem.

I found myself in more and more bondage. As I participated in more and more “natural” therapies, I became further bogged down in mental and spiritual torment. I had thoughts pop into my head like, “Just drive your car into the ditch.” I could not focus, and I had frequent brain fog. I could not have much fun with others because I was so concerned about what I could and couldn’t eat and the possibility of reacting to any fragrances. After nine years of trying to solve my health problems through medicine and natural means, I arrived at the end of my rope. I finally realized that God was my only hope, and He alone could give me the answers to all of my struggles. Five days after putting all my hope in God for help, an acquaintance mentioned Be in Health. She told me that a dear friend of hers with cancer had been greatly helped through the ministry.

I finally started to understand why I was sick. I started digging through as much of their material as possible. At one point, I realized that I had stumbled on the Be in Health website before, but being unfamiliar with the ministry, I had been too skeptical to dig into what they had to offer. This time, I watched testimonies of people who were healed of allergies and MCS/EI (Multiple Chemical Sensitivities/ Environmental Illness), and my hope grew. I purchased the teaching on MCS/EI and found that Dr. Wright understood what I was going through better than any of the many health professionals I had consulted with previously.

I dug into the book, A More Excellent Way, and read the biographies written by Marcia Fisher and Anita Hill. I really wanted to attend the For My Life® Retreat in person, but being a home school mom and business owner, I didn’t see a way it’d be possible any time soon. Instead, I took the For My Life Online course. I took many notes and sought to apply everything I learned and repented for everything the Lord showed me through the various teachings. At the end of the course, I scheduled a Spiritual Lifeline® phone ministry session.

The wonderful woman who ministered to me had been healed of the same thing I had. The entire process of studying the Bible with Be in Health’s insights taught me so much. Joining my faith with this truth brought me to an important place in my journey, and that ministry session was the step I needed to claim my victory over the diseases I was struggling with. She trained me in spiritual warfare, gave me scriptures to stand on, and she helped me remove the enemy’s bondage that had plagued me my whole life and down through my generations.

The same day I had the first ministry appointment, I ate two large pieces of regular pizza (I had been gluten and dairyfree for a LONG time!). After I ate the pizza, I slept all night and woke up symptomfree for the first time in almost ten years. I wanted to continue to move forward in faith, but I still had some reservations in the back of my mind. One thing that I understood was that sometimes our body needs to adjust even though we’ve dealt with the spiritual issues. Over the next few weeks, I continued to take back my territory from the enemy and ate more and more previously “forbidden” foods. I could also smell scents that use to trigger reactions with no symptoms. Through all of this, I continued to stand on God’s powerful Word and precious promises.

Learning about God’s provision and will to heal us has set me free and allowed me to stay free. All of the training to discern how the enemy’s kingdom operates to divert us from God’s truth and love was also tremendously insightful and powerful. It equipped me to be an overcomer in my daily life and to help others as well.

Since I was healed, I wanted to know everything that the Bible taught on healing. I was steeped in the common church “traditions of men,” and I needed to know the truth for myself. With this freedom, I drew closer in my relationship with God, I could also hear Him better, and I deeply desired to receive all that He had for me.

Today I’m walking in freedom daily. I’ve purchased and used many of the Be in Health CDs, books, and resources and joined the Overcomers’ Community®. God also gave me a desire to help others the way I’ve been helped. Whenever the enemy tries to attack me, I see it more and more quickly, and I have the tools to stand against his wiles.

And the servant of the Lord must not strive; but be gentle unto all [men], apt to teach, patient, 25 In meekness instructing those that oppose themselves; if God peradventure will give them repentance to the acknowledging of the truth; 26 And [that] they may recover themselves out of the snare of the devil, who are taken captive by him at his will. 2 Timothy 2:24-25

I’m so grateful for Be in Health and their online presence. I also had the opportunity to attend their conference in Florida in early 2020, which was fantastic. The Be in Health team helps others in humility and never with condemnation. Love permeates everything they do. Marti B.