How to Walk in the Supernatural Power of God

We have pulled some archived transcripts of teachings by Dr. Henry W. Wright, some of which have never before been released. We are excited to share these with you periodically throughout the year. This first one was recorded nearly thirty years ago in the beginning season of Dr. Wright’s ministry. It holds some profound insights which are incredibly valuable for these current times. May God grant you understanding and give you the revelation of the power of the resurrection and the supernatural power of God that He wants to work in you.

One of the things that you have to understand if you want to be used of God is that you don’t do it on the natural level. If you are trying to serve God out of your own strength, your own intellect, your own wisdom, and your own power, you’ve already blown it. God is not with you in it. He is not limited to your natural limitations. God begins where you leave off. However, God uses you and wants to cooperate with you and you with Him in this physical world. If you want to be activated in the supernatural power of God, you must first apprehend the power of the resurrection in you.

Many people try practicing and creating religion. They try creating systems of power, knowledge, and wisdom. And they try to counterfeit and imitate the Kingdom of God. But they aren’t going to get it because it doesn’t start there.

In John chapter 12, we read how Lazarus’ sister, Mary, anointed Jesus’ feet with a precious ointment. When Judas got upset, saying that she should have sold the precious ointment and given the money to the poor, Jesus said, “Let her alone. Against the day of my burying has she kept this.”

You have to understand that Jesus Christ died as a man. He didn’t just pretend He was dead as some faiths assert. It wasn’t someone else on the cross that was taking his place; it was Him! And there is unequivocal evidence in scripture that He was truly dead, including the fact that blood and water ran out when they pierced His side.

Many seek signs and wonders but don’t want the source

John 12 verse 8 goes on to say this, “The poor always you have with you, but me you have not always. Much people of the Jews, therefore, knew He was there. And they came not for Jesus’ sake only, but that they might see Lazarus also, whom He had raised from the dead.”

Many people chase miracles. They weren’t looking so much for Jesus as they were looking for the man that Jesus raised from the dead.

This passage goes on to say, “But the chief priests consulted that they might put Lazarus also to death.” Isn’t that amazing? They wanted to put Jesus to death, but they also wanted to eliminate Lazarus because he represented something Jesus had done.

That happens many times in ministry today too. When the Lord has us heal somebody or cast out evil spirits in this ministry, there are people who try to discredit the healing. They’re trying to put to death the proof. Why? It says here, “Because that by reason of him (that is Lazarus) many of the Jews went away and believed on Jesus.” (John 12:11 KJV)

Apprehending the power of the resurrection 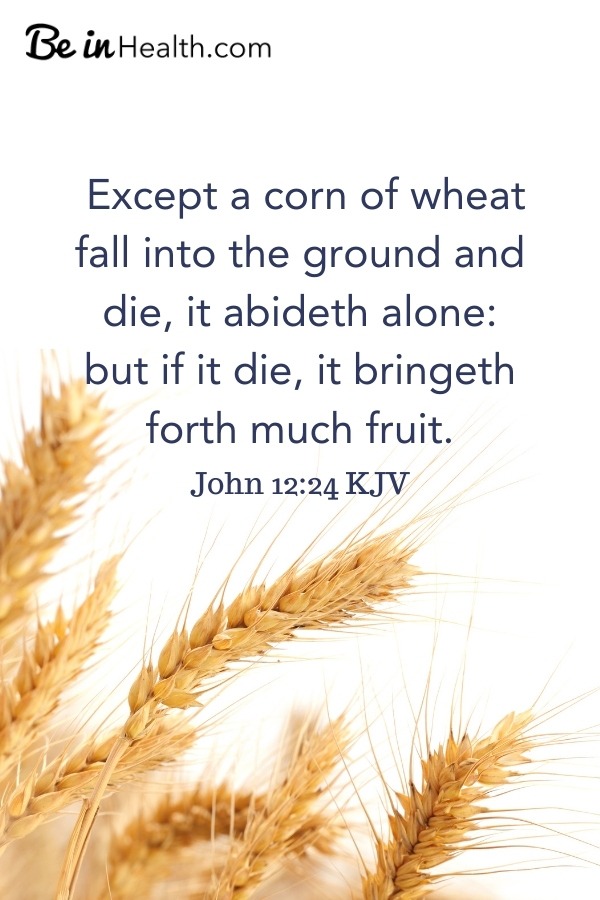 Later on, in verses 23 and 24, Jesus says this: “The hour is come, that the Son of man should be glorified. Verily, verily, I say unto you, except a corn of wheat fall into the ground and die, it abideth alone: but if it die, it bringeth forth much fruit.”

You can take a seed, and you can leave it lying around on your kitchen counter in the seed bag, and it will just lay there dead as can be. Yet, when you put it in the ground, in its dead state, something happens. That is the most incredible miracle of creation that something could lay around dead, and when you bury it, it comes to life. And then it grows into something good to eat. The dead seed wasn’t good to eat, but its fruit is! Such is the Christian life and being a servant of Christ.

Something has to happen before you can enjoy the Kingdom of God. You are all like kernels of corn as far as the Lord is concerned. Have you not been called to bear fruit? Some of you haven’t born fruit because you haven’t died. I don’t mean physical death – you have to have ears to understand.

Natural man cannot operate in the supernatural power of God

The Bible says that spiritual things are spiritually discerned. If you are not born again, you cannot possibly understand what I am about to say. You cannot bear fruit for God out of the Kingdom of Heaven and do it in your natural state. You may try, but you can’t do it. You cannot bear spiritual fruit out of natural seed. Something has to happen to it. It has to be buried, and it has to die.

John 12:25 goes on to say: “He that loveth his life shall lose it; and he that hateth his life in this world shall keep it unto life eternal.”

If you’re trying to hang onto your natural existence, you’ve already lost. You may think you’re hot stuff, but we won’t find you anywhere in another 80 to 90 years. The Bible says in Ecclesiastes that one of the greatest vanities known to mankind is a man who gets rich and has all this money, and then he dies, and his heirs squander it and blow it. That’s vanity. What good did it do? He couldn’t take it with Him.

You must die to who you think you are on this planet. The world that’s out there, and mankind left to themselves, are dead. They’re the walking dead. There is no hope for them apart from Christ. This planet was doomed to extinction except for the intervention of God. But some of you will believe and die to this world and what it stands for and the curse that is on it. You will partake of a new reality and will go on to live forever with God.

Death to self brings life in Christ

Here is Jesus speaking as a man that knows He is about to die. It came as no surprise to Him that He was crucified, because He told His disciples about it months before. He also saw Himself in the scriptures and knew that it was He that would die.

The power of Jesus’s Death and Resurrection

Jesus is saying, “For this cause, I am about to die. But I am dying so that in my death, natural man who dies with me to the natural man, shall be raised and glorified in the spirit.”

Then Jesus said in verse 28-30: “Father, glorify thy name. Then came there a voice from heaven, [saying], I have both glorified [it], and will glorify [it] again. The people therefore, that stood by, and heard [it], said that it thundered: others said, An angel spake to him. Jesus answered and said, This voice came not because of me, but for your sakes.” (John 12:28-30 KJV)

What did He mean? That voice came for us so that we’d be aware of what He was about to do. He was about to liberate us through His death and resurrection from bondage to the old, natural man so that we might be glorified with Him by faith.

“Now is the judgment of this world: now shall the prince of this world be cast out. And I, if I be lifted up from the earth, will draw all [men] unto me. This he said, signifying what death he should die.” (John 12:31-33 KJV)

In His death, something would happen. In His resurrection, something else would happen. Just as He taught: before the corn can bring forth a new shoot, the seed must first die and be placed in the earth.

The power of God working in you

I want you to understand resurrection life here in your natural bodies. Many of you want to be used of God – you want God to use you. There are a couple of things that you must know. You must know resurrection. If you have not died to Satan and died to the old man, you cannot bear fruit. You may bear somethings but not supernatural fruit unless the natural seed has died. Otherwise, you will raise corruptible mixed fruit. Do you want to raise natural corrupted fruit, or do you want to raise pure spiritual fruit?

I’m not speaking right now about the fruit of resurrection in which you shall be caught up into Heaven. I’m talking about here and now. You must understand that resurrection is only possible through the power of God. You could not raise yourself if you tried. You cannot have anything from God unless God does it. You cannot take God’s job from Him. Many people try to take God’s job and create their own spirituality. But it does not come from man; it comes from God.

The powers of the world to come are straight from the Kingdom of God. Some of that power is being let into the earth today, through God’s people, that He may demonstrate the reality of dying and His power to resurrect from death.

When we minister in the name of Jesus and people are healed, and diseases are gone, it’s not some phantom thing. They did not have a psychosomatic disease because it was already diagnosed and documented by the medical community. We see cancer that no longer exists with no chemotherapy. Where did it go? People that have diseases and illnesses are changed; it’s gone. No more need to see doctors. What happened? You cannot explain it in the natural man. You can only explain it because of what the Word says, and you mix your faith with it, and God does the work.

I couldn’t heal anybody as a natural man. I’m not even going to try. When it happens, I don’t do it anyway, I just show up and participate with the Lord, and He does it. It always amazes me.

When an evil spirit no longer exists, like in the case of the woman who came here with 13 different personalities and dissociative personality disorder, and they all left her in the space of one minute, how do you explain that in the natural? They’re gone; they no longer exist. They are not part of her nature anymore. Isn’t that a miracle?

You cannot experience God unless you die to the curse that’s in this earth through mankind.

This is a legacy teaching of Pastor Henry W. Wright

You may also find these related articles interesting: 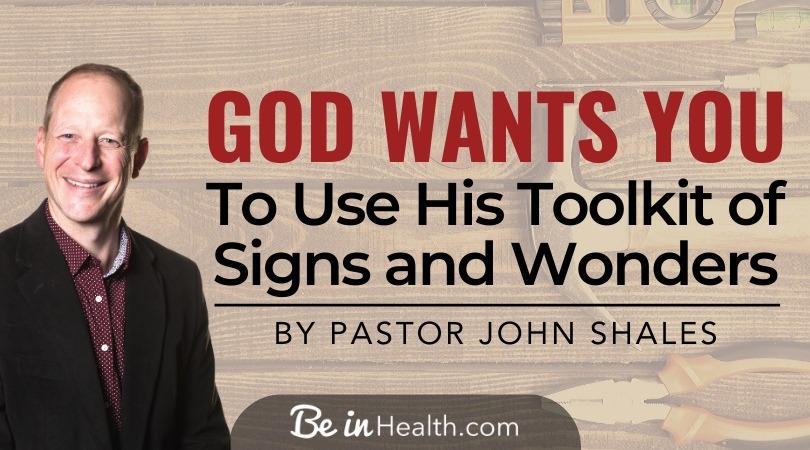 Save this article for later, pin it now and share it with others! 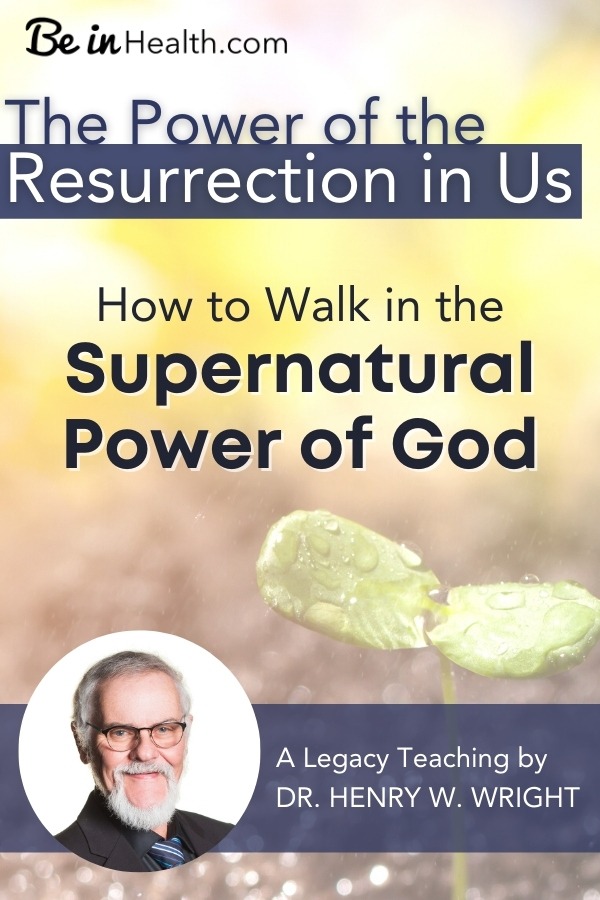