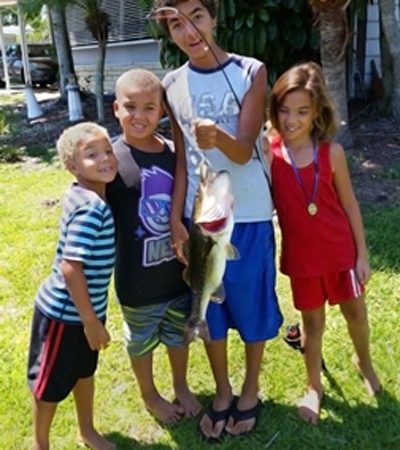 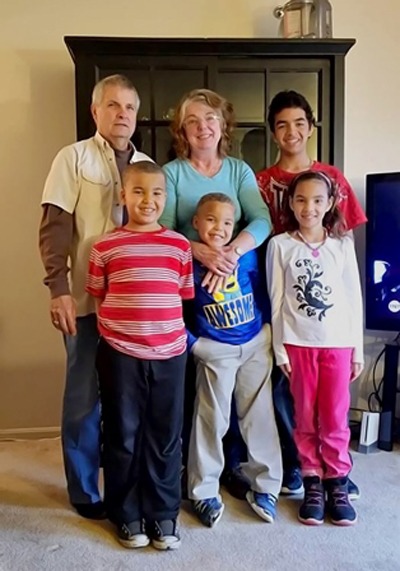 My family’s time at Be in Health® brought many good changes to our family, but here’s a little background on our family first.

My husband will turn 70 years old this year and I am 62. We have been foster parents for almost 20 years and several years ago we adopted a sibling group of four – three boys and a girl.  They are now ages 6, 7, 8, and 12. They all have the same mother, but three different fathers. At the beginning of 2016, God answered our prayers and provided us with some money unexpectedly. We used it to pay our way to Be in Health®.

As our children have aged, many issues have come up. We chose to attend both weeks, and since I had already attended For My Life® twice before, I decided to volunteer in For My Life Kids® so I could learn how to teach and minister to children.

I don’t know what I was expecting, but it was more than I could have hoped for. The first day in For My Life Kids® there was a class on Godly Order. It made a huge impression on me because I realized our house wasn’t in order, and I saw how some of the things we were dealing with were a result of that. I spent time praying and thinking about this and I asked God to deal with my heart and to confirm it to my husband who was taking For My Life®. Well, things began to change right away. My kids were kinder to each other. One day as my 7-year-old was arguing with me, he just stopped and said, “Mom, that is the devil and I don’t mean it.”

At Friday night church the first week, there was a boy from the Youth Program, who had been adopted, that gave a testimony about forgiving his birth parents. On the way home, I could tell that my son, who also attended For My Life Youth®, was greatly affected. He was holding back tears all the way back to camp and he wouldn’t talk. After the younger kids went to bed he started crying. He told me he had never forgiven his birth parents and he actually hated them. My husband and I spent some time talking with him about the things we had learned that week. I said to him, when the Holy Spirit touches our heart it’s time to bring those things to God and forgive. Finally, he prayed to forgive them. Since that time there has been a real joy in him that wasn’t there before. He lets me pray for him at night whereas before he wouldn’t. He says it’s because he had a bad attitude before and now he doesn’t. He also hugs me every day, says he loves me, thanks me for adopting him and says, I don’t know where I would be if you hadn’t. We have had a lot of ups and downs with this child over the years, so this is huge. The second week he had such a great time and made so many friends; he knew he was different. He wanted us to stay and live there.

Our little girl, who is 8, has been tormented with fear of almost everything. I was surprised to see her participate in class by raising her hand and answering questions. One night during our stay, she even braved a storm under the tent. She seemed almost fearless and continues to be so at home.

As for me, I realized that my husband and I had become just partners in our relationship. Being foster parents, you find all your energy goes into the kids; you become survivors and you help them survive also. In the classes, they taught how God wants us to thrive, not just survive. Those words were just for me; how do you do more than just survive with four adopted kids when you are in your sixties and seventies? We won’t have a lot of years together after the kids leave the house, but we were just surviving until then and I knew it. The children are our mission and ministry, but what about us? I missed “us”. I wasn’t feeling special anymore, like you do when you have someone pursuing you. My husband and my relationship wasn’t priority anymore. I think you have to harden yourself somehow to deal with kids who have so many spiritual issues coming out of their birth families, all the while dealing with your own issues at the same time. I am not a quitter and I was hanging on and looking for hope. I knew God had the answers, but I wasn’t sure I could hear Him over the noise made by four challenging kids. As I took the classes that week my heart began to soften.

Then one day at Be in Health® something happened. Even now as I think about it, it still brings me to tears. My husband offered to help me fasten my necklace that I was struggling with – it was such a little thing, but his closeness brought me to tears. I don’t know if others can understand what I felt and I’m not even sure how to put it into words, but that moment broke down barriers in my heart. We want Godly order in our home and I want to be the wife I need to be… My hope began to be restored that day and I believe God for the very best to come.

It has been about a month since we left Be in Health® and I see things are changing in our home. Recently our 7-year-old had disobeyed and went down to the river and had fallen in. We grounded him to the yard, where he then threatened to run away. We brought him into the house kicking and screaming, as he yelled that I am a bad mom. I found myself wanting to scream at him and defend myself, but then what we learned at Be in Health® came to mind. It was a game changer! He stopped and could see that he had disobeyed – he took responsibility and repented and we all prayed together. He then served his discipline by staying in the yard to play. The problem was quickly over and there was peace in our home again.

We spent two weeks learning another language and we use it every day. I am finding discipline and correction so much easier because I know the goal and so do they. I’m not exhausted anymore asking, “Do you understand me?”.  It isn’t just a matter of punishment; instead, our goal is to restore the one that has been separated from us because of bad choices. Using the same words and having everyone understand the meaning of those words, as well as the spiritual consequences, has brought all of us much closer. We all help each other recognize and take our thoughts captive like the Word says – the kids even help us adults because they want peace in our home also. We all speak the same language and it is amazing.