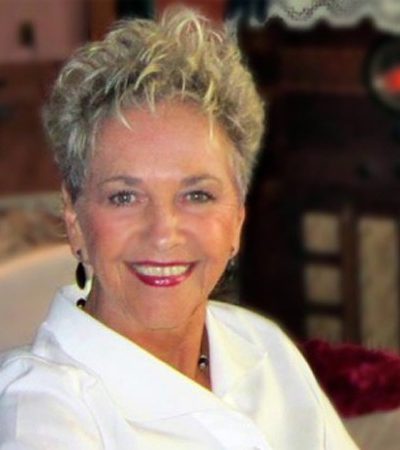 In 2009 I was diagnosed with breast cancer. I’ve been a believer for 40+ years and believe God’s Word is the absolute final say on everything. I practiced living by faith in the Healer and felt led not to proceed with surgery, chemo, and radiation. The fear of death and cancer grew as I watched the painful tumor in my breast grow. Even though I opted not to go the medical route because of my faith in the Healer, I found myself seeking solutions elsewhere. I did what Alternative Medicine recommended, along with restricting myself to organic foods only and cutting out countless foods from my diet. I didn’t realize at the time I was looking everywhere but to God for answers. Over the course of years a lesion began to fester and open up the skin despite all my efforts. God led me to pray with strong believers and had also influenced my heart with 2 Chronicles 16:12-13.

In the summer of 2013 I was led to read A More Excellent Way. Dr. Henry W. Wright stated in his writings, “You need to know why you have the disease.” I asked the Lord to search my heart; I received His answer, forgave to the depths, and resolved those issues.

In October of 2014, I felt God’s gentle nudge to participate in Pastor Wright’s For My Life program in Georgia. At the end of the week I had a profound revelation. They teach on “Separation” and I realized that the same revelation Paul stated in Romans 7:17 and 20 was what I was receiving. “Now then it is no more I that do it, but sin that dwells in me…Now if I do that I would not, it is no more I that do it, but sin that dwells in me.” I had known this, but still I didn’t know it! On this day I saw it like never before! It’s not me!” I stayed for week two for the Walk Out Workshop to learn how to apply what I was learning. During this week, I saw forgiveness and repentance as something to be practiced every day, not just occasionally. I saw that it’s impossible to walk in faith without repentance; that’s putting the cart before the horse! So beginning in Georgia and in the weeks that followed, I repented from the heart for everything the Holy Spirit convicted me of; I will practice this gift of repentance for the rest of my life. Once I recognized my subtle agreement with accusing spirits, I renounced it and continued the process of forgiveness towards myself and others. Soon after coming home from Georgia I noticed all the pain in my chest and back was gone.

The next month at the doctor, tests showed the cancer had metastasized to the bone throughout my body; however there was a fracture in my hip that was healing. I thought, If it’s healing there, it can heal everywhere else too! The surgeon and oncologist said in effect, “We’re sorry, but you’ve missed the cure; neither chemo nor radiation can help you now.” Upon hanging up the phone I heard the Lord ask, “Jaque, now you’ve just heard the worst report you can hear; Who’s report are you going to believe?” Immediately recalling Isaiah 53, I answered. “Lord, I’m going to believe Your report; by Your stripes I am healed.” I began to put the Word in me. God showed me earlier in Jeremiah that He will be faithful to watch over and perform it, but that I must be faithful to put it in so it can go to work.

Prior to taking For My Life, I had been in excruciating pain and could barely walk. I continued to ask the Lord, “What do you want me to do?” I heard, “Do what you can’t do. Take a walk.” So I began to walk a little every day. Five minutes slowly became ten, and so on until the pain left and I began jumping on my trampoline and exercising like I had before! The fracture in my hip healed completely and my bones were gaining strength.

Friends, God has healed me of cancer by the stripes of Jesus, and I have overcome Satan by the blood of the Lamb and the word of my testimony. I am not going to die, but live and declare the works of the Lord! Nothing is impossible with God. He forgives ALL our iniquities and heals ALL our diseases. He sent His Word and healed us and delivered us from ALL our destructions. We shall bless His Name forever!