I Am Accepted And Loved! 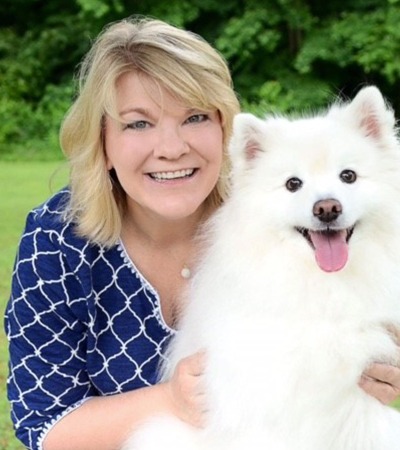 Why am I still sick, God? Why can’t I get well? These were my questions after fighting a losing battle with Lyme’s disease. Little did I know that God had all the answers, and what I was about to discover would change my life forever.

In 2008, I was bit by a tick while hiking on the Appalachian Trail. A few weeks later, I woke up with lockjaw and severe pain in both of my knees. I went to the ER and was placed on conventional antibiotic therapy for Lyme’s disease. I had some relief, but after finishing the antibiotics, my condition grew worse. My joints hurt all the time, and I would wake up in pain during the night while pulling the sheets or rolling over in bed. I had to hold on to rails to walk downstairs because of the arthritic pain that formed in my knees. Concerned, I sought out treatment from multiple Lyme disease specialists in Virginia. I began taking more antibiotics, various supplements, and Chelation therapy, but my condition only seemed to worsen. I suffered from migraine headaches, fatigue, brain fog, night sweats, gastric reflux, and flu-like symptoms. My foods became very limited as I reacted to Gluten, tomatoes, potatoes, red meat, and anything acidic. When I experienced no improvement with these specialists, I then sought every kind of alternative treatment I could find. This included Chiropractic care, Acupuncture, buying an Infrared Sauna, herbal therapy, and more. I would get better for a while and then would worsen. It was an endless cycle that left me depressed and hopeless even while having many people praying for me over these seven years.

In 2015, a friend of mine told me about a book she was reading called A More Excellent Way, by Dr. Henry W. Wright. She told me that Dr. Wright was coming to speak in Fairfax, Va, for a 3-day conference and asked if I wanted to go. Reluctantly, I agreed but didn’t believe it would help me. The first day we arrived, I felt so badly that I had to leave the conference and go lay down in my hotel room. Over the next 2- days as I attended the conference, my doubtful heart began to open up and believe that God cared about me and wanted me whole. I met a man named Arnie during a lunch break who told me his story of his children being healed of severe allergies after going down to the For My Life Program in Georgia. It intrigued me. At the end of the conference, I bought the book, A More Excellent Way, and began reading it over the summer. After applying a few of the spiritual principles taught by Dr. Wright, I was healed of Sciatica and a longstanding milk allergy. These two healings gave me hope that just maybe, I could be healed from Lyme’s disease, so I decided to attend the For My Life program in September during my 47th birthday.

While I was there, I learned so many things that I never heard taught before, such as where my thoughts come from and how my thought-life can affect my body. I grew up in a broken home and experienced a lot of rejection, abandonment, and verbal abuse. I received very negative messages about myself from both of my parents. While I had forgiven my parents, I was still plagued with self-hatred, self-rejection, and self-blame. I had become fearful of what people thought of me and was full of guilt and shame. When I learned that these negative thoughts about myself were not my own but from the enemy, I repented to God and cried out for His forgiveness. That night, I slept pain-free for the first time in 7-years. I still had pain in my knees while walking, but the pain at rest throughout my entire body was gone, and I felt at peace with God and myself.

When I came home from Be In Health, I worked diligently to renew my mind and apply the principles that I had been taught. I asked God to help me learn to say kind things to myself and not criticize myself. I read my Bible and learned of His thoughts towards me, and asked the Holy Spirit to help me capture any negative thoughts about myself. After several months of doing this, I was eating breakfast one morning and realized that I had walked down my stairs without holding on to the railing. (I actually trotted). It was so natural and painless that I didn’t even realize it! I went back to the stairs and walked up and down them again and broke into tears praising God, as I knew He healed me. All the pain I suffered in my body was gone, and I knew right away that I wanted to return to my favorite sport of skiing. I did just that and have been skiing ever since!

I have returned to the For My Life Program several times and just last month experienced God straightening a curve in my lower back, just because I asked Him for it. I know that I am a daughter of God and the apple of His eye, and will never reject myself again. I am accepted and loved just for being me. He truly does “forgive all my iniquities and heal all my disease”! Ps 103:3