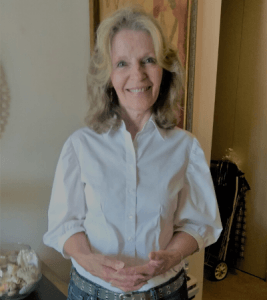 I learned about Be in Health®, then called Pleasant Valley Ministries, in 1997. I had Multiple Chemical Sensitivity Environmental Illness by this time and was dying. I had been born again 10 years.

In my family, my mom was born again. She feared if we didn’t go to church, we would be in sin. However, we feared that if our dad caught us going to church, the fighting would start between him and our mom, to stop us from going. There was a lot of violence and strife in the home. Church, God and the Bible were some of the greatest points of contention. This brought a lot of confusion. One of the ways my dad tried to control our mom was to refuse to buy food and this affected us all. I share this not to dishonor my parents because I love them, but to lay a little history. My dad got cancer while I was in nursing school, but was saved before he passed. I am thankful for this.

After nursing school, I married my high school sweetheart. We had gone to the same church during high school, but he had become atheist in college. I was not aware of this until after the marriage. He then tried to convince me there was no God. I didn’t believe that, and it became one of the greatest points of contention in our marriage. I was struggling with frequent urinary tract infections, allergies, frequent strep, and depression.

I started blaming foods early on. I had no idea how to eat healthy. I would have rolls for breakfast and skip supper to control weight. Weight wasn’t a big problem, but I didn’t like myself and compared myself to others.

When hypothyroidism, focal nephritis and other issues appeared-sugar went first. Then avoidance of salt and beef. Soon, I was only eating fish, vegetables and salads, and became very fussy and selective trying to control symptoms.

I had depression and ended up in Christian counseling. I had gone into postpartum depression after a very traumatic and difficult birth of our daughter. The counselor thought divorce was the answer and I agreed.

At age 32, I was diagnosed with lupus. I went into New Age modalities to avoid side effects of the medication. I did diets, supplements, therapies and treatments to manage symptoms. I went looking for love in all the wrong places and made wrong choices in relationships.

At one point, I was suicidal, but thoughts of my daughter stopped me. I called a friend. I ended up in a psych ward, but got transferred to a codependency treatment program. They taught we are spirit, soul and body. I had gone to Sunday school and confirmation, but didn’t get the spirit part. When asked what my goal was, all I could say was peace.

I went back home to the same situations. At this point, I said, “God, I need you. My way isn’t working.” I gave my life to the Lord at that moment, and started seeking a church. This was at age 38.

I was going to the chiropractor so often that I quit nursing and went to work for him. I started building a business of nutritional consulting helping others. This worked 17 years, but I found it took more and more supplements, therapies and modalities to maintain.

Then I crashed with MCS/EI. I could no longer work. I was in the Word but couldn’t go to church. I was going blind alternately in one or both eyes. One morning God brought to mind the scripture in James 5:14 “Is any sick among you, let him call for the elders of the church and let them pray over him anointing him with oil in the name of the Lord.” I had a friend drive me to church. I repented for sin I knew I had. During prayer I received a word from God through one of ministers “by His stripes you are healed.” It dropped past my head and down into my heart!!

I went home thinking I was going to be healed, but I got worse. I was taken from church to church for prayer. The doctors were saying I needed to prepare because I was dying, but I said no, God gave me His word I will be healed. Too ill to be in the hospital, I was isolated in filtered air, had to wear a mask and got to the place I could only eat organic carrot juice and rice cakes. I couldn’t tolerate people, letters, phones or electricity. The Bible really stunk and made me sick, but I refused to let the devil steal this. I told God I believe all the healings and miracles in Matthew, Mark, Luke and John are for me, but I don’t know how to get there. Please help me.

Just in time it seemed, my chiropractor had been talking to someone, who knew someone who had been healed of what I had through a ministry. My brother, who was taking care of me at this time, contacted this man in South Dakota, and the man sent four tapes of Pastor Henry teaching, and two newsletters of people who had been healed through Pleasant Valley Ministries in Georgia.

It was about a year before I was well enough to fly to Georgia. However, as I learned truth, I started the journey of taking back foods. I had four tapes, 2 newsletters, and 15-30 minutes once a month from a precious minister in Georgia to teach and pray with me on the phone. 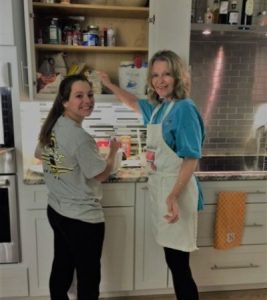 When I came to a plateau in healing, I asked God why. He said he wanted me to stop going to the chiropractor for therapies and treatments. Huge fear but I did it. I had learned listening to fear is sin!! The second plateau in healing I asked God again why, and he said I want you to fly to Georgia. Huge fear. But I believed God. I love what Pastor Henry said “If you die and go to heaven, what’s the big deal” but choose life. This really carried me through.

After three weeks in Georgia, sitting in the love and teachings, prayer and deliverance, I took back all foods, threw away the mask, and was free to do what I wanted. I learned sin and generational iniquities were the enemy, not foods, others, or myself. I am learning what Matthew 22:37-40 means when Jesus said the greatest command is “Love the Lord your God with all your heart, soul, and mind, and your neighbor as yourself.”

1 Timothy 4: 4-5 says, “Our food is sanctified by the word of God and prayer, if received with thanksgiving”. Mark 7:15 Jesus says, “Nothing from the outside entering in can defile us, but the things that come out of the heart.” These scriptures especially keep me focused on the real enemy. It’s a journey and I am still learning how to walk all this out!!

Since then, I have gone back and done For My Life several times. Each time has brought more levels of freedom. I am so grateful to God for Dr Henry, Pastor Donna, Be in Health and all who are a part of this wonderful ministry and are so faithful to stay the course. God truly brought “Pastors according to His own heart to feed me with knowledge and understanding.” Jer. 3:15. Thank you!!