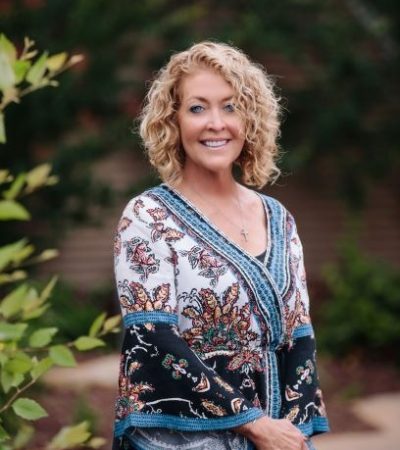 I have been blessed to attend the For My Life® Retreat a total of six times now. As I reflect back on my experiences, I am so overwhelmed. Each time I have come to Thomaston, it was with different people, with extraordinarily different needs.

My first visit to Thomaston, GA, for the For My Life® Retreat was specifically for me. My life was in shambles; it had become unrecognizable to me. I knew I needed help; I had no idea what direction to turn.

I was frightened they may not accept me, or that maybe “my” diagnosis and symptoms were too extreme for them to want to take on at their campus. My life and my marriage had been spiraling for several years. A secret life of pornography and infidelity that I knew absolutely nothing about had been exposed. My heart started beating unusually fast as one of the many side effects of stress and anxiety. I had been leaning excessively hard on alcohol and it had become an addiction. After 6 months of an uncontrollable heart rate, I was diagnosed with severe Graves’ disease and hyperthyroidism. My pulse stayed at a steady 125 -130 beats per minute, which was very high for my “norm”. I was in a constant state of near panic attack, my heart felt as if it was bruising the inside of my ribs; especially when I laid down to try to rest. I also had a side effect that mimicked a heart attack. It was paralyzing pain across my back, down my left arm and into my pinky. It became so bad at times; the only thing I could do was get into a fetal position to try to make it stop. Graves’ had affected my eyes as well. My left eye bulged half out of its socket and I looked (at least to myself) like some kind of a freak. Going on thyroid medicine to counter act the symptoms had made my body put on 20 pounds, which did not help my already zero self-confidence. I was a mess.

I decided to drive from South Florida with a dear friend who agreed to attend a week of “church” instead of celebrating our 50th birthday together. We arrived on Saturday night at the campground. We attended church the next morning. After service, we stayed behind so I could speak with Dr. Wright. My friend spoke for me, as I was extremely anxiety ridden at the time. Dr. Wright’s only comment to me was said with much love was. “You’re just a girl.” At the time, it didn’t make much sense, but as the week went on, I grew to understand the deeper meaning behind it.

I quickly learned saying “my diagnosis” was claiming “my disease”. The words that came out of my mouth were more powerful than I realized. The spirits I had been in agreement with were running and ruining my life; and yes, I was just a girl. I thought I understood Christianity. I thought I had a basic idea of what the Word meant in my life. I realized I was such a spiritual baby. I had so much growing up to do.

The week uncovered SUCH wisdom and truth that my mind was reeling. The enemy tried his best to keep me from receiving what God had planned for me. Wednesday night, while doing homework, I started to feel like I may literally be having a heart attack. I tried my best to breathe through the symptoms, slowing my pulse a bit and thinking about everything that I had learned so far that week. I realized this was just a ploy of the spirit of fear. I had fallen for that trick one too many times. I made it through that night, after recognizing and rebuking that spirit, and slept like a baby. Thursday was baptism at the end of the day. I have no words to describe the feelings that were pulsing through me by now. I felt for the first time since my body had become “possessed” by symptoms that I had knowledge to pray these symptoms (spirits) away and walk in peace. Baptism was a phenomenal expression of that understanding for me. Friday closed out the week with empowering prayers and rebuking spirits over every part of our body, followed by individual prayer. I left that week with such a fortune in my spiritual bank account, I felt I COULD WALK ON WATER! I had heard through the week so many miracles, big and small that had taken place, but the biggest miracle to me was inside the “girl” that had arrived 6 days ago. I had an internal change. I felt a confidence that only the Lord, His Truth and His Love can give. I was made new.

Later, I attended with both of my daughters. My daughter Joanna was struggling with some deep-seated fears and suicide ideation at the time. The counselor we had been seeing was pushing an inpatient program for psychiatric care. I found myself slipping into fear, but remembered the teachings from my weeks at BiH, packed our car and headed to Thomaston. Joanna was so overwhelmed and impacted with such love and freedom after one week that she asked if we could stay for a second week so she could repeat the For My Life® Retreat a second time! The most wonderful thing was God had transformed my daughter’s heart and mind. She was open and received His healing love. Her life began again that week. A new life, a life of freedom, because of the knowledge she had received. Both of my daughters speak so highly of their precious time in Thomaston, GA, and apply the teachings to every aspect of their life. What a great gift as a mom, to see her children walking in truth.

Both my husband and I decided to attend again, this time together. It was an incredible bonding time. We will never be the same as a couple. What the enemy had planned for destruction, God blessed to His perfection. I now feel cherished and loved by my husband, and he knows I love and respect him in a godly way that builds him up as a man of God and the head of our household. What I thought was lost has not only been resurrected, but our marriage is better than ever.

I am now attending for the sixth time. This time, I came here with one of my amazing sisters, Joanne, and a dear friend, Marnie. We stayed again, as always, at the beloved campground. I saw the familiar old look of fear as Marnie familiarized herself with For My Life®. Joanne took to it like a fish to water, although I know it was overwhelming for both of them.

Oh, and by the way, that medical diagnosis I used to claim as mine, it is no longer a part of my story. My blood work and all symptoms and side effects have long been gone, my eye is back to normal, and my life is beyond blessed. Thank you good, good Father, for showing me the way to peace and true joy through your truth.