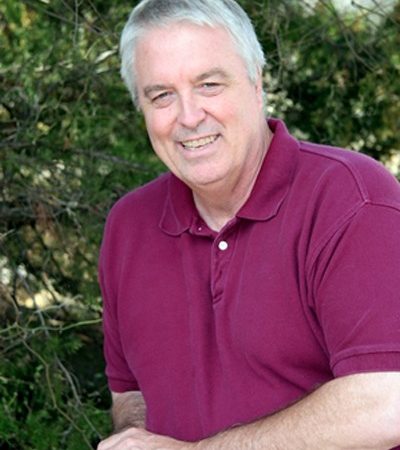 At age 30, I had my first major nervous breakdown. This was 10 years after returning from serving as a medic in Vietnam. The initial symptoms of the breakdown were like a combination of claustrophobia and a panic attack, a condition termed akethesia by the psychiatric community.

I couldn’t sit down or lay down and I paced frantically with overwhelming tormenting thoughts which quickly led to chronic, severe depression and continual insomnia. What little sleep I did receive was full of nightmares. I was given several diagnoses but the primary one was post-traumatic stress disorder.

The doctors administered larger and larger doses of antidepressants, antipsychotics, anti-anxiety tranquilizers and anti-seizure medications that gave me little relief. For a number of years I was taking over 20 pills per day. I also began self-medicating with an excessive amount of drugs and alcohol.

I had been successful in sales after returning from Vietnam. However, little by little my ability to handle stress was diminishing. I could switch from appearing confident, happy, and very much in control, to rage and potential violence in an instant if I perceived I was being threatened or disrespected (shamed) by anyone. I was becoming increasingly more anxious and paranoid.

For over 20 years, I was severely depressed every day, anxious, sleep-deprived and in significant pain throughout my body. The list of treatments I used included:

I am very grateful to everyone who tried to help me in science, in alternative medicine and in the church. However, it was all to no avail.

In 1984 I became a Christian and had I not, I know within 5 years I would’ve been dead, in prison, or in a mental ward. I was not healed by my conversion, but through my decision I became a better dad, husband, got sober and functioned better than when I was lost. However, I knew the Lord had more for me.

In August of 2001, I was given a book titled A More Excellent Way® by Dr. Henry Wright. I read it and immediately knew the book had truth that I hadn’t seen before. It had doctrinal truths, truths regarding Satan’s kingdom, and the truth regarding diseases in mankind.

Shortly after reading A More Excellent Way I found out Dr. Henry would be holding a conference in Texas in October. At the conference, I met Dr. Henry and shared my story with him. He made arrangements for me to attend For My Life® in February of 2002.

On one hand, attending For My Life was one of the hardest things I’ve ever done because I was so sick, in pain, sleep deprived and on a boat load of drugs. On the other hand, it was the best thing I’ve ever done besides receiving the Lord. The power of God and the truths being taught were immediately bringing me hope and freedom. That week strongholds were pulled down, generational iniquities were broken, and I was miraculously delivered from 22 years of depression.

I had received the tools I needed at For My Life to walk out the rest of my healing and I knew it. Spiritual heart surgery had been successfully performed and I have not been depressed for one day since!

After returning home from For My Life I began listening to Dr. Henry’s teachings and studying my notes and A More Excellent Way every day.

My life and the lives of my family began to transform as we walked out the Truth that makes you free. Soon people I knew saw me and were shocked at the changes taking place. The healing, deliverance and restoration God was doing was obvious.

Since 2002 I have sent a steady stream of hurting believers to the For My Life, For Their Life®, Married Couples Retreat® as well as the Walk Out Workshop® with extraordinary results.

I was told from the beginning that my diseases were incurable and my ability to function in life would be minimal. Those were perhaps the facts, but they weren’t the truth.